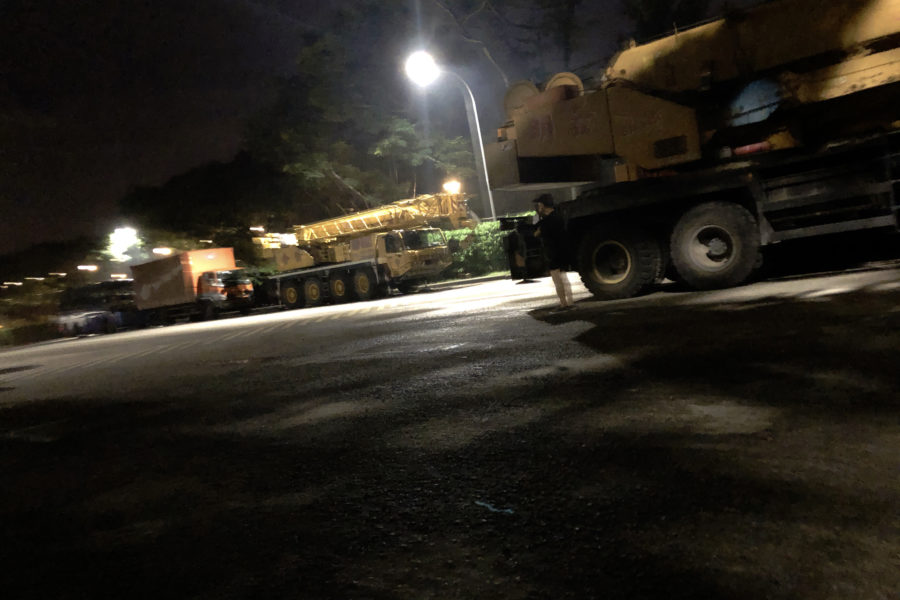 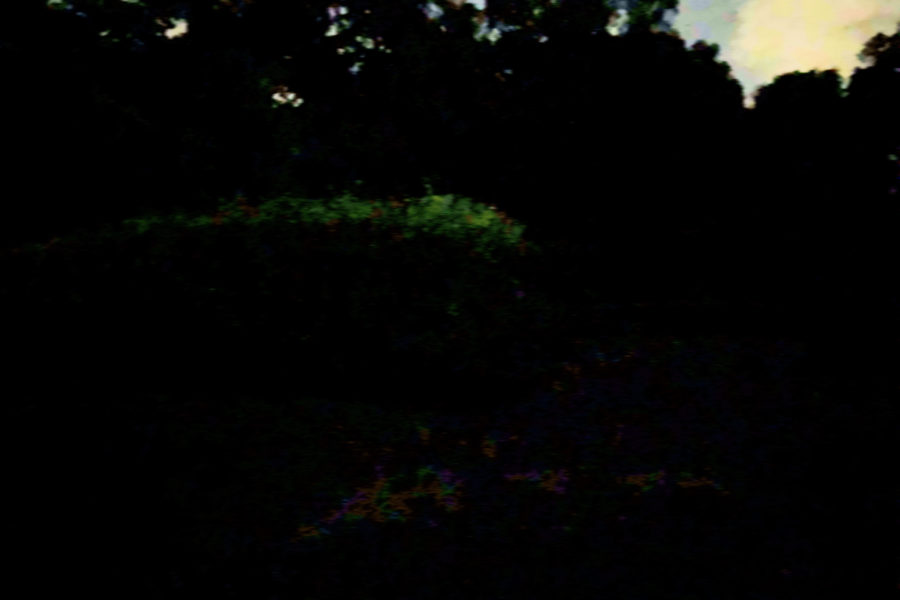 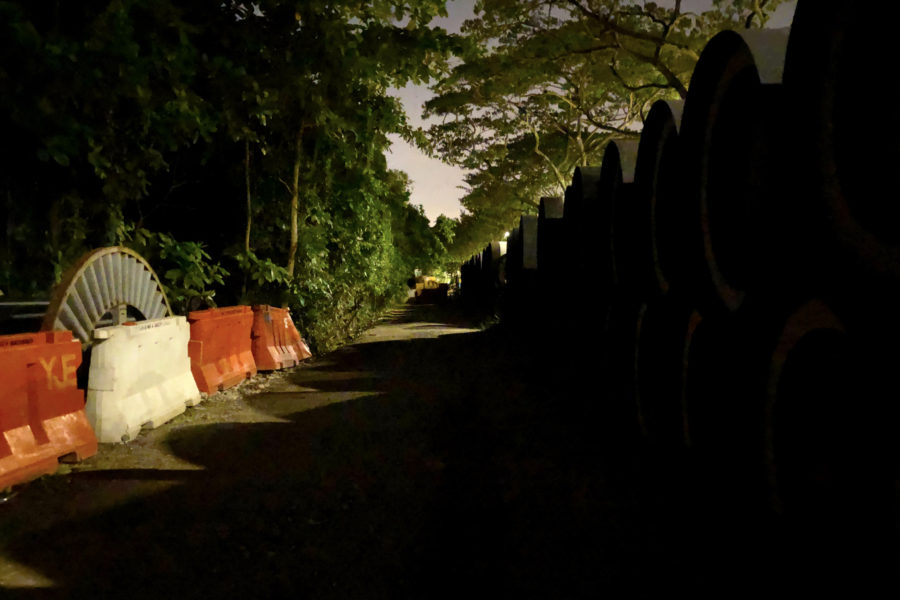 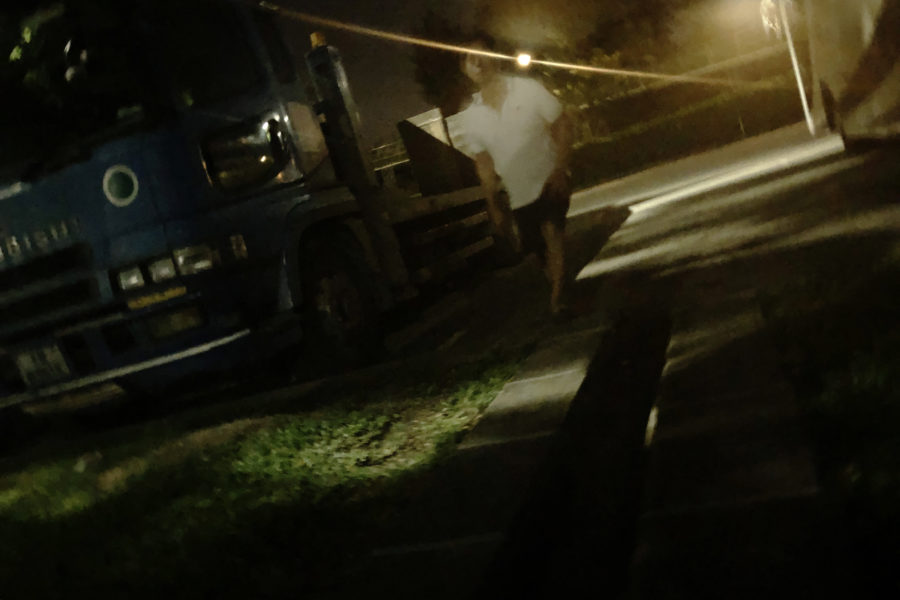 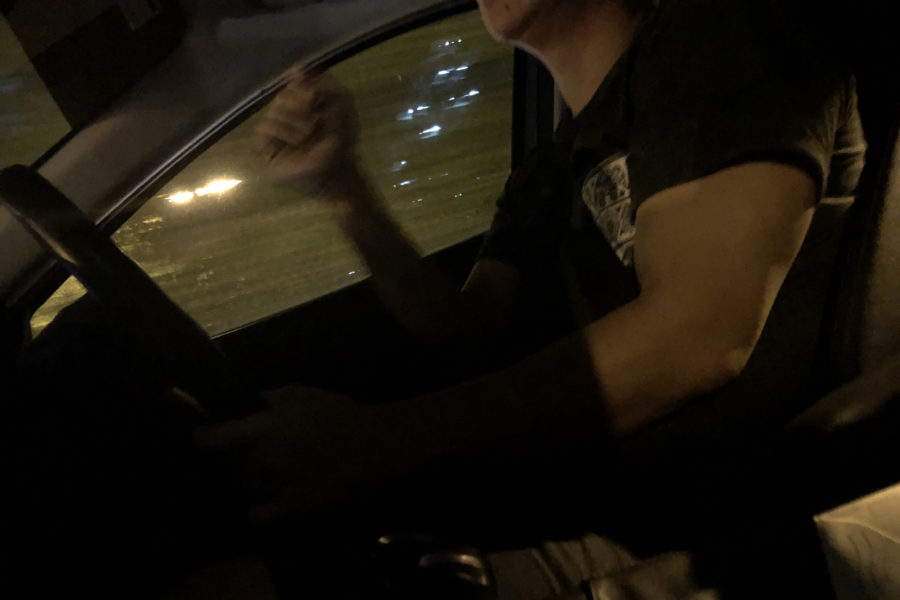 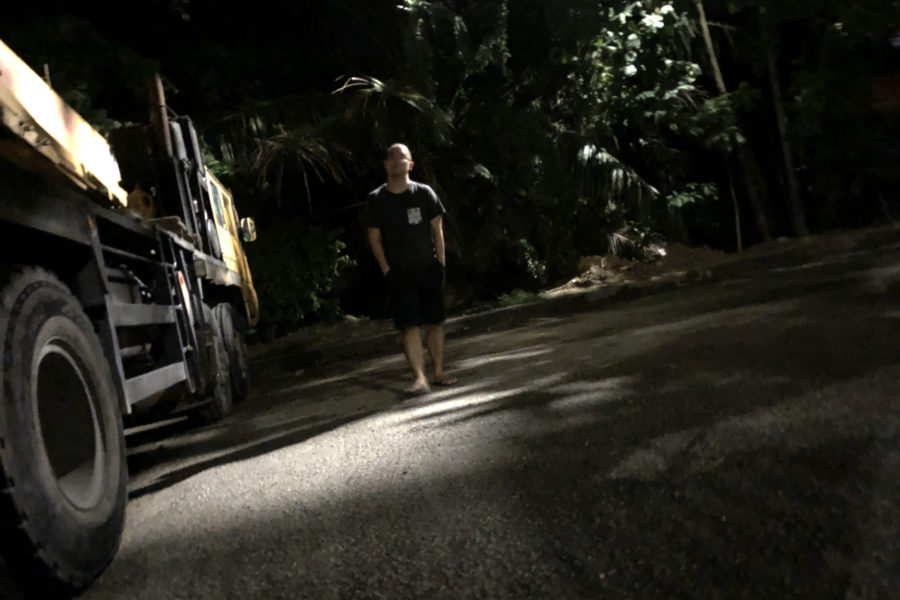 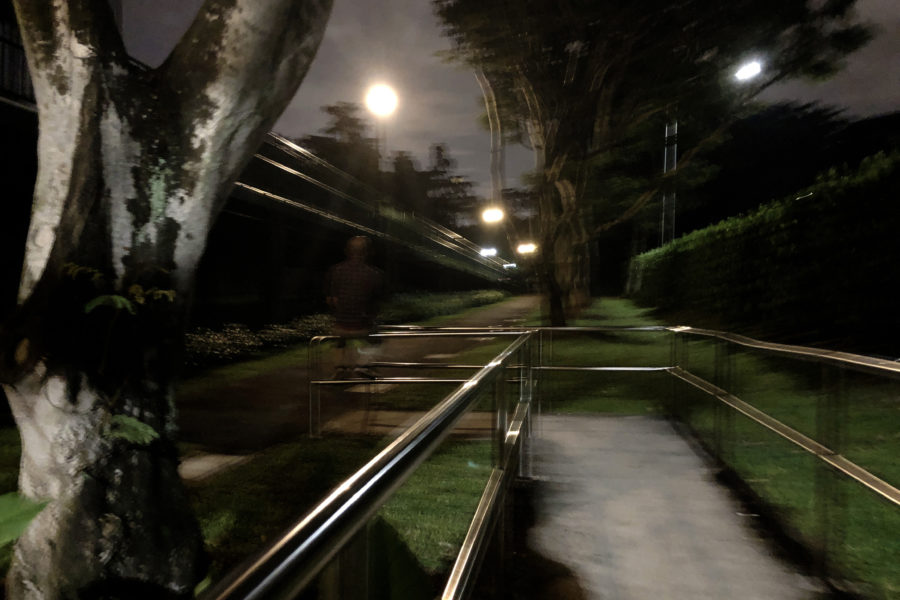 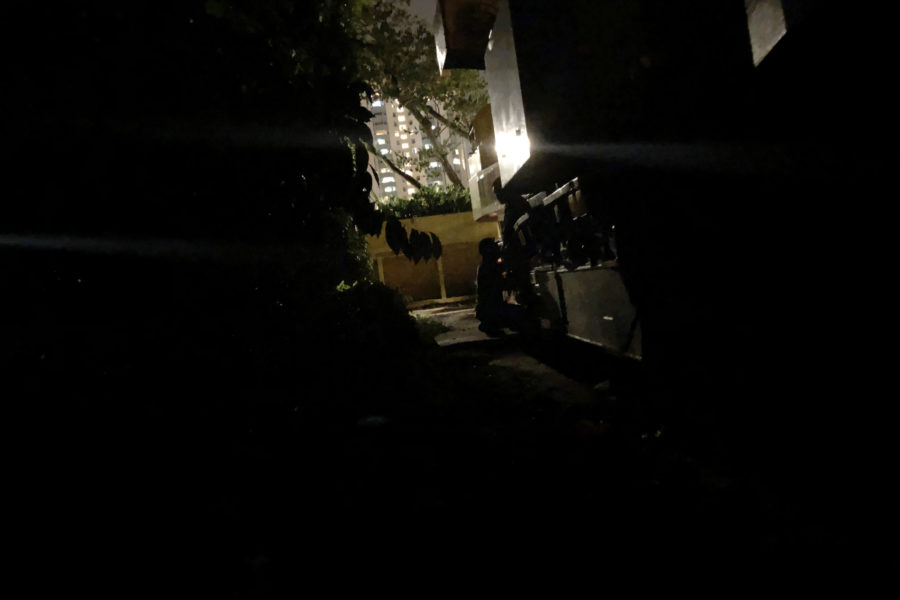 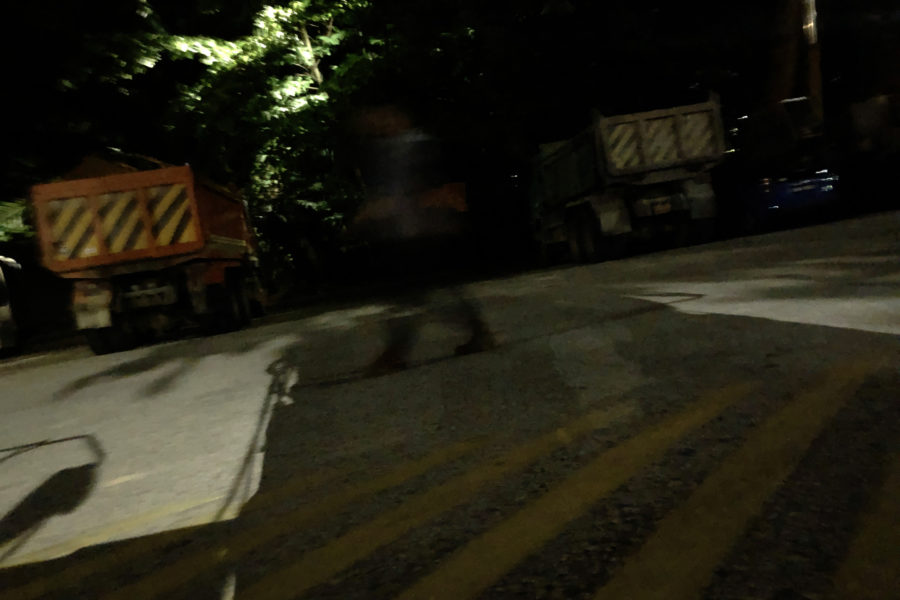 “Commonplace” is inspired by Arthur Yap’s poetry, as well as the furtive, coded, partially hidden walks, postures and other moves that queers make in order to claim and revise the normative orientations of public space as their own. I think of this as a choreography, a syntax, and I am interested in the ways that photographs might help plot this syntax. I am also interested in these men’s desires, their secrets, their preoccupations. 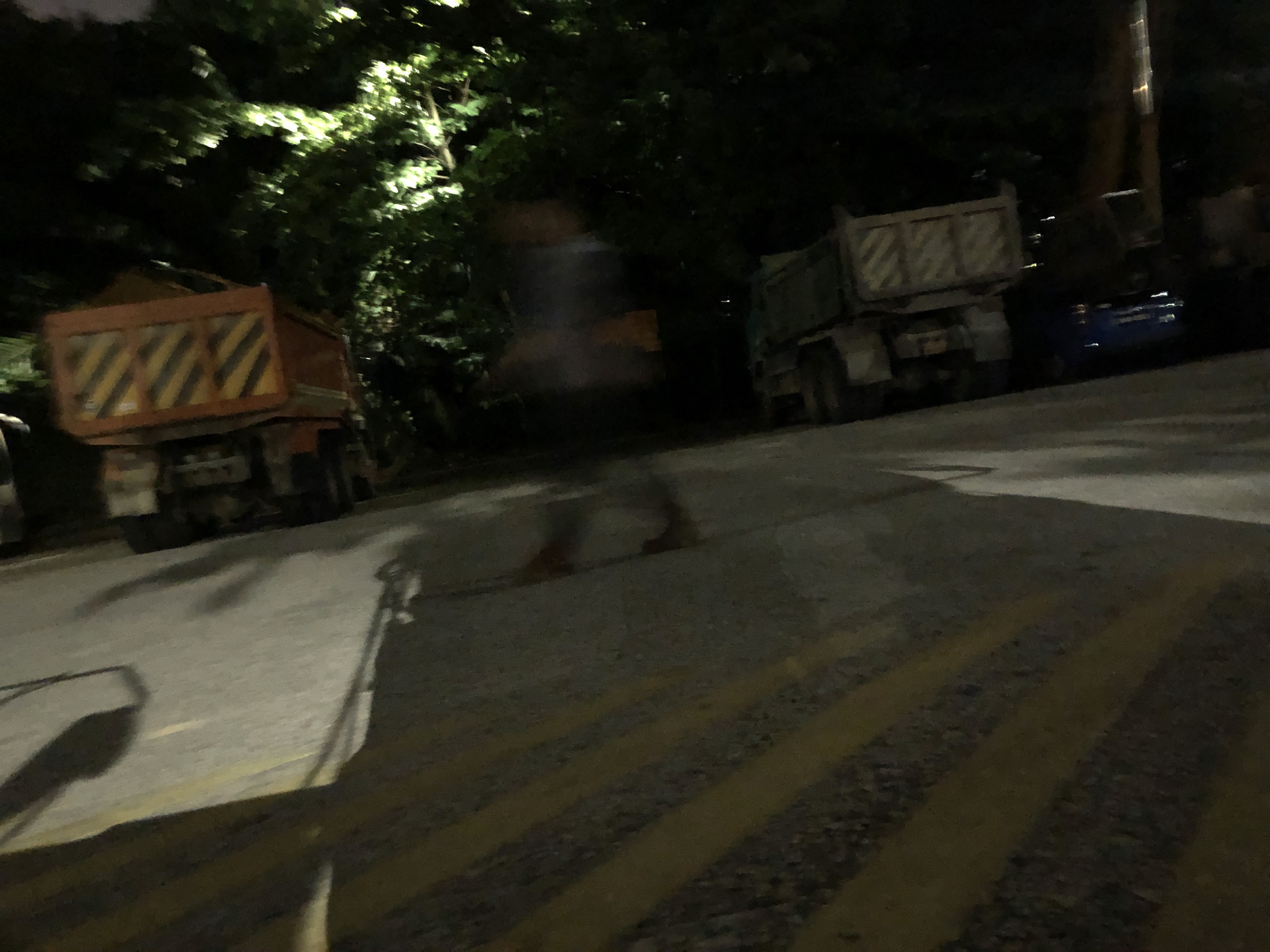 NOTE: No part of ANY text and material related to Commonplace can be used, copied, published or quoted without written permission from the author(s).

Commonplace is inspired by Arthur Yap’s poetry, as well as the furtive, coded, partially hidden walks, postures and other moves that queers make in order to claim and revise the normative orientations of public space as their own. In particular, it was the poet Cyril Wong’s reading of Yap’s ‘gaudy turnout’ as a negotiation with ‘a (homo)erotics of space in Singapore’ that suggests to me the potential correspondences between the movement of queer bodies through public spaces and the difficult, private disclosures of emotion, desire and self.

I think of this as an anagram, a coded syntax, and I am interested in the ways that photographs might help plot this syntax. Taking it further, Yap’s poem suggests to me not only the descriptions of sexualized movement but also the specific coordinates of urban spaces in Singapore. I think of the ways in which photographs can maps these spaces, but also the furtiveness of the desires there, the secret lives behind the already secretive behavior, their despondencies, hesitations, sexual preoccupations.

There are a few of these sites that has persisted over the decades since I came out as a teenager, and a handful of new spots in Chinatown, Suntec City and a couple of other public places. Each, by now, is crossed and re-crossed by different demographics of men. The Chinatown building, for example, is visited by the ‘uncles’, the older Chinese men of retirement age, generally greying hair, in fading polo or golf shirts and plain shorts. The park by the reservoir, on the other hand, sees mostly men in their twenties, dressed as though they are there for a run or a hike, in conveniently small shorts and singlets. Some things remain true these past twenty years; the speed of one’s walk through these spaces, more than the direction of one’s gaze, signals the secret intent. What is new to me are the small squares of light visible even in the deep dark as the men, killing time when no one of their interest is near, playing on their Android or Apple phones.

I focused on these two spots: East Coast Park and MacRitchie Reservoir. I’m reluctant to disclose any more, partly for the safety of the men who rely on the invisibilities of these spaces from the wider public. I was lucky enough to have a little more time in this Exactly residency, since the men only arrive a few nights a week at the most.

I learned a few things: for some men, this corner in the park or the reservoir is the only gay life they know. They have no friends outside of these spaces, and whatever friends they have in these spaces are a little less than beer buddies (they often don’t know each other’s names), and a little more than strangers (they share more than small talk). One man met his first gay man at the reservoir, and has never met a couple who made their lives together. For a range of reasons, [sic: dating/social] apps don’t work for these men. They may be married with children, or living with family who never knew who their sons and brothers want as sexual or romantic partners. They may also find the needs expressed on the apps already too normative, too quick to mirror heterosexual norms. Many have decided that the apps are already too much disclosure for anyone living in Singapore.

What is constant is the mix of hesitation and suspicion, a necessary affect for moving through these spaces that still have police or security presence, but I recognize also as a psychic defence for living queer in Singapore. They come to these places because for an hour or three they can move and act without suspicion or question. Each crossing of the carpark an unspoken sentence, each look sideways punctuation, the accelerating or slowing of their steps a syntax. This may be a choreography, but it is less a dance than a embodied diagram/legend that unlocks the map of possibilities in both our public spaces and their sexual selves. These men find something in common with another, in a place that, however tentatively, they can claim as their own.

NOTE: No part of ANY text and material related to Commonplace can be used, copied, published or quoted without written permission from the author(s).

What is “normal”? One description is that which is natural. There’s an instinct feel to it as in what one does without thinking like our five senses, birth, death, puberty, libido. Another is what everyone does or says all the time: if a large-enough group of people does something or says it often enough, it becomes “normal”. It becomes common. Or “normal” could mean whatever one knows at a given point in time – it is what one knows. A human coupling is accepted to be between a man and woman. Procreation is normally and only through the union of a sperm and egg. In Singapore, a “normal” family is father, mother, one or two children

We often tend to think of “normal” as what’s around us, what’s visible. What I find intriguing about Jason Wee’s Commonplace is this notion of invisibility: that “normal” need not be visible. That there are things around us that have always been there but are not necessarily and not obviously visible. Such as same-gender relationships. This coupling is not new among humans or in the animal world but it’s not the majority of relationships. But it’s there if we open our eyes to see. If something is not of the majority, does it make it “abnormal”?

Commonplace is not just a photography project documenting presence of LGBT-Men, whether we are aware or not. It’s also about fear. I go further to say it’s also about our Singapore way of dialoguing and addressing difficult topics. Many opinion-makers don’t want to be known. I have seen the highest number of anonymous viewer entries responding to earlier Exactly projects on LGBT-Transgender and LGBT-Women. Either no response at all or a response with no trace of viewer identity. Those willing to show their names are LGBT themselves or advocates. Even in the courageous output of The New Narratif’s first book, The First Year, writer John Lee is a pseudonym for his piece, “How Discrimination Kills Gay Men in Singapore”.

We also fear change. In the high-octane discussions on the repeal of 377A in Singapore, I received unsolicited points of view that Singapore’s social fabric will completely fall apart if this law is repealed. Elaborate videos of “what will happen” especially to our children’s education and minds, if gay relationships are decriminalized. There seems to be this immediate jump that such relationships would be seen as normal and importantly, our social policies would consequently change. Even content and routine of our daily lives would change such as books, teachers’ guides, even playground equipment designs. To me, what is disturbing is the pull from “somewhere”/”don’t know where” of this content and the almost mindless sharing via social media. It was nothing short of spreading fear. Many think life will never be the same again but then, since when have things been the same in Singapore? Will our world fall apart? Has THE world fallen apart?

What are we so afraid of? Should we not choose what to be afraid of?

Something I also noticed in some conversations and public talks in Singapore is this doe-eyed preoccupation with sex. We often don’t know how to think about sex, it’s both repulsive and enticing. Especially about same-gender couples: “how do you do it?” There is little consideration that this is a private matter. Would anyone discussing romance fill the conversation with how to have sex? I actually attribute some of this to queer art, where the body is often the motif of representation of LGBTQ love. Surely, there’s so much more to it all.

[2] Section 377A was introduced into the Singapore Penal Code in 1938 to criminalise all other non-penetrative sexual acts between men. Specifically, Section 377A (“Outrages on decency”) states that: Any male person who, in public or private, commits, or abets the commission of, or procures or attempts to procure the commission by any male person of, any act of gross indecency with another male person, shall be punished with imprisonment for a term which may extend to 2 years. (Penal Code – Cap. 224, 2008)